A look at what came in the mail this week with quickie reviews ...

I took advantage recently of the All That Is Heavy sale (still going) by ordering all three Truckfighters albums and two by Electric Wizard.  Well, all five albums arrived as a single package and it was overwhelming.  Instead of burning through a band's entire discography in a single afternoon, I like to take things a bit slower and listen to one album at a time, and live with it for at least a week (which still isn't as much time as I should take but I'm impatient), preferably in chronological order to hear the growth / development of a band, etc.  So I'm thinking I'll spread this out over the next couple 'Mail Bags'.  The package also came with a very nice handwritten note.  I love that kind of stuff.

Blue Cheer - Outsideinside - First heard this album about 7 years ago and I always loved it.  Featuring more structured songwriting and less improvisation than their first album, this is a more focused record.  Unfortunately this is probably where my Blue Cheer collection ends because everything after this album hasn't been re-issued in years and is now way too expensive on Amazon.  Most frightening of all is it's beginning to look the same way for Hawkwind as well.  Highlights include "Come and Get It" and "The Hunter". Rating - 4/5 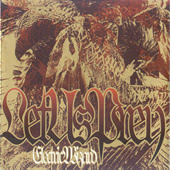 Electric Wizard - Let Us Prey - Their fourth album and follow up to career highlight 'Dopethrone', this one actually sounds like it could have been released between their self-titled debut and 'Come My Fanatics ...'.  As a follow up to a classic, it's a bit disappointing and is shorter than most Electric Wizard albums but it still features some heavy ass riffage and some prominent drumming not usually found on Electric Wizard releases.  Taken as its own entity and not as part of a larger story it's a very good album.  It was also the last album by the original lineup of the band.  Highlights include "The Outsider" and "We, The Undead". Rating - 4/5

Hawkwind - Hall of the Mountain Grill - I always liked the song "The Psychedelic Warlords (Disappear in Smoke)".  Just the title gives me that warm fuzzy feeling.  This is the first time I've actually listened to the whole album, including "Lost Johnny" which is weird to hear such a punky song (when done by Motorhead) be given such a spaced out treatment. This is Hawkwind at their spaceyest yet, it's laid back and very phantasmic / ethereal in sound overall.  Again, compare this and Motorhead's "Lost Johnny" and it's clear what Hawkwind was going for throughout this album.  Highlights include "The Psychedelic Warlords (Disappear in Smoke)" and "D-Riders". Rating - 4/5

Orcus Chylde - ST - It took me forever to track this down, ultimately I caved and went through Amazon.  Well, finally it came.  This album has the same kind of vibe to it as Graveyard's latest, a laid back retro rock album with many folky elements.  They are the mellow sonic cousins of Kadavar.  I don't imagine this album will appeal to many metal people out there, but it makes for a nice change of pace.  Highlights include "Orcus Chylde" and "The Day The Seventh Angel Came". Rating - 3.5/5

Red Desert - Damned By Fate - I got to admit, I didn't like this album the first time I heard it.  I definitely judged the book by its cover and I was expecting something real doomy.  I mean, look at it.  The cover just screams 'devil's third'.  What you get is 9 tracks of heavy, melodic rock and roll, but not the doom metal in the Electric Wizard vein I was expecting.  After a couple weeks I decided to give it another spin, this time knowing what to expect and having adjusted my expectations it became one of my top 10 favorites of the year.  Highlights include "Devils Curse" and "Lust Queen". Rating - 4.5/5 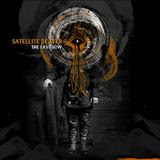 Satellite Beaver - The Last Bow - I freaked out about this EP when it first came out on Bandcamp.  This was one of the real highlights of summer.  Multi-tracked vocals create Alice in Chains like harmonies with a Marilyn Manson tone, the music itself is a real work of art, especially the track "Roadtrip".  A 5:23 journey through 4 movements and no repeating parts!?!  "Pershing" is a four minute blast of redlining fury and a swell introduction to the band.  At 18 minutes overall, I just kept coming back, listening to it on my break at work, etc.  Damn, I was excited to see this come in the mail.  Get it here.  Highlights include "Roadtrip" and "Pershing". Rating - 5/5

Thin Lizzy - Shades of a Blue Orphanage - Thin Lizzy is wonderfully predictable.  You know what to expect: half ballads / half boogie barnburners.  The quality of each song, be it one or the other style, is upped considerably on their second album.  "Baby Face", "Brought Down", "Call the Police" and "The Rise and Dear Demise of the Funky Nomadic Tribes" all satisfy the funk craving, while "Chatting Today" is a terrific song, even though it is a slow one.  "Buffalo Gal" is simply one of the best ballads ever recorded.  A wonderful song, with great lyrics to boot.  This CD also has "Whiskey in the Jar" as a bonus track.   Highlights include "Call the Police" and "Buffalo Gal". Rating - 4.5/5

Truckfighters - Gravity X - I watched Häxan the classic Swedish study of witchcraft as I listened to this, "probably the best band in the world"s debut album.  It was a good move.  The imagery of the film, combined with the fuzz groove went well together.  Truckfighters pull out all the stops here: horns, harmony, and a heaping helping of styles.  At 67 minutes it's a sprawling debut with tons of ideas, but ultimately what the band is known for are their big funky fuzz outs and those are the moments, peppered throughout the album, that really stand out. Highlights include "Freewheelin" and "The Deal". Rating - 4.5/5
Posted by LK Ultra at 17:32