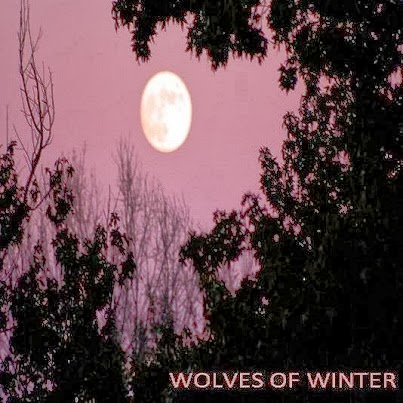 Review by Love Among Ruins.

I wanted to introduce you to Wolves Of Winter, a desert stoner hard rock band from Arizona.  WoW has recently released a noteworthy demo on Bandcamp.  After I heard the demo I contacted the band and talked to Josh McGee, who established the band back in 2011 and he tells me they are planning to release their self titled debut album hopefully sometime this spring.  Coming from Phoenix, Arizona, the band is a trio consisting of Josh McGee who is the main vocalist & guitarist and responsible for most the writing on this demo, with David Weaver on bass and Mike Horn on the drums.   After a few lineup changes before this, Josh tells me he feels as if he has a real good group of guys that "really mesh and get along".

So what we have on this demo is a total of 10 smashing tracks at about 35 mins that give the listener much to chew on.  Ranging from classic rock, to grunge, to stoner & doom and back again this demo is sounding very promising for what could be their debut album.  McGee has some pretty slick guitar licks and shows off his abilities throughout the album with lots of soaring riffs, and clever hooks.  McGee also belts out these tunes with edge, grit and confidence.  The tracks "A Childs Reasoning" & "Tooth & Nail" came crashing though with their deep thumping bass & sizzling guitar riffs.

This trio of guys show a great deal of musicianship especially in the all instrumental progressive track "The Blind Leading The Blind", a lavish, doom influenced number that got my attention real quick.  The album finishes strong with tracks like the bass heavy doomy "Rubber Band" and the bluesy, sultry track "The Start of the Season" and finally the last song, and my favorite track titled "Astrothoughts" features a cool vibe and a catchy chorus that I can't get out of my head.

Bottom line:  This demo is a hard hitting album with tons of potential, it shows us listeners that there is a confident trio of guys that are serious about making a name for themselves not just around the Phoenix area but as far as the ear can hear.   I will be keeping track of the progress of Wolves of Winter and their upcoming debut.  To be continued...

Highlights include: "Astrothoughts" and "Blind Leading the Blind"