Tony Reed, from Port Orchard, Washington (across Puget Sound from Seattle), is the guitarist / vocalist / keyboardist for Mos Generator (he also plays in Stone Axe, Treepeople, Goodbye Harry & Twelve Thirty Dreamtime). The band is about to release their new album 'Electric Mountain Majesty' on Listenable Records. This is the third tag team interview between Steve The Sludgelord and I and who better to talk to than the legendary musician / producer?  Let's dive right in, shall we ... - LK

SL - Hi Tony, Can you tell our readers how you became involved with music. Any life-changing event or album that inspired you to become a musician?

Hey guys, thank you for taking the time to come up with these great questions. I would have to say that my parents were a big influence on my love of music. Music around the house ranged from Motown to Sabbath and god bless those K-Tel records :). The first album I heard that had a major impact on me was KISS Alive!  I heard a cassette of from my older cousin. It had no cover so I didn't even see what the band looked like at first. Then when I saw pics of the band I was completely hooked. They looked really cool to a 9 year old.

PH - You had 12 songs recorded for ‘Electric Mountain Majesty’ and decided to go with 10 on the album.  What happens to the other two now?

Our new label, Listenable Records, has licensed a few of their releases to a Japanese label. Hopefully that will happen with Electric Mountain Majesty. The Japanese releases always have bonus tracks so we are ready if it happens.

SL - You have just finished recording your new album. Can you tell us what people can expect from it?

As with most bands, we are always trying to expand our sound. On Electric Mountain Majesty we actually went back to a more raw and live sound. A few of the songs are actually demos that we thought turned out good enough to use on the album. After the positive feedback we got from the "In Concert" album last year we wanted to try and harness the live energy on a studio record. On some songs I think it really worked. There are a few songs that were studio creations and probably won't be played live. It's weird to try and explain this but I think it's our most uptempo and our most downtempo album at the same time. "Nomads" was a very mid-tempo album. Electric Mountain Majesty moves to each side of that a bit more. 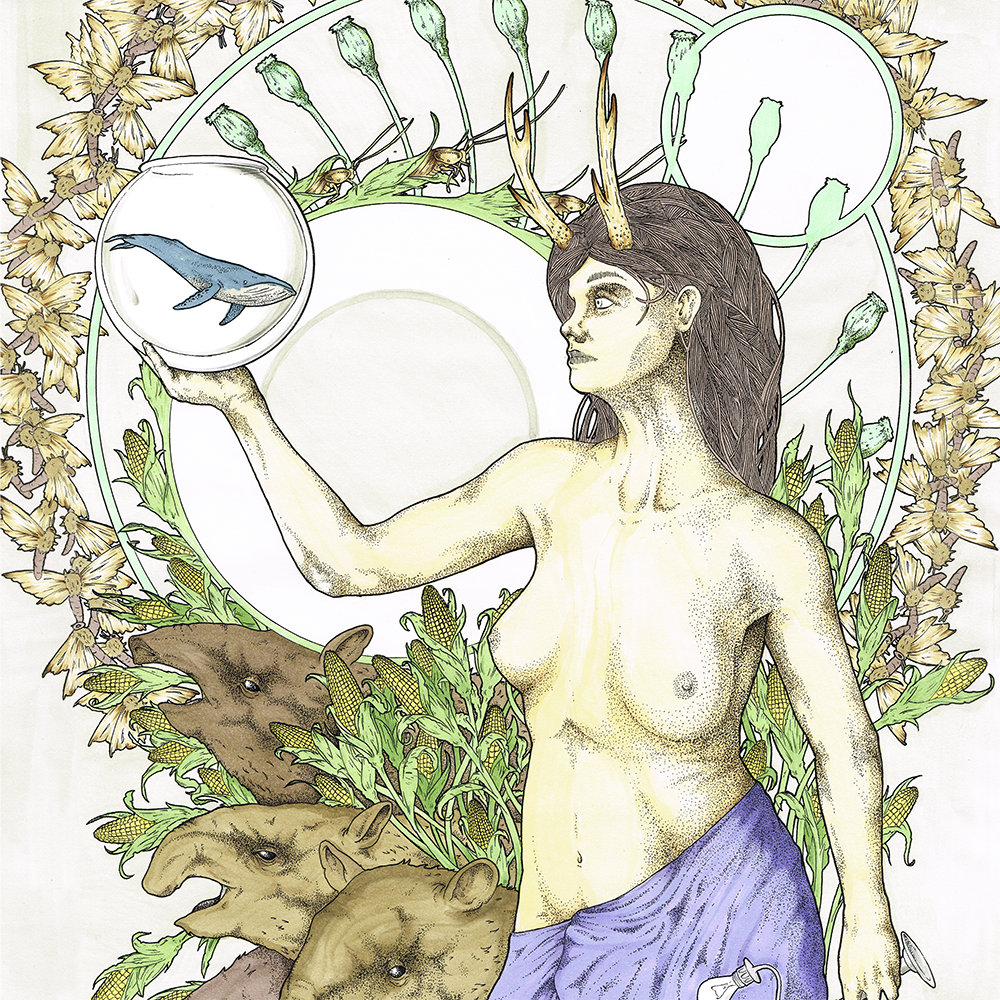 PH - I hear you actually went over to Denmark to record the ‘Wingmakers’ album with the guys in Doublestone.  Is that something you do often, travelling far and wide to record bands?  And what was the experience like?


Actually I am on a flight back from Australia right now where I worked on the new SEEDY JEEZUS album. We recorded in a legendary Melbourne club called The Tote. I set them up just like they were on stage and let em blast out their brand of high energy hard rock. I like to make the bands as comfortable as possible. Setting up like they are on stage and just cranking up with using headphones seems to be very effective. I have been to Denmark twice to work with Doublestone and the band and me were both very happy with the results of that technic. I have done other traveling as well but I also do a lot of mixing for bands that have recorded at a studio that is close to them and then they send me the files to mix.

SL - Can you tell our readers how Mos Generator became about? No doubt, you have been asked this question a million times before ...

The three of us have been playing music together since 1990. We had a band together through the first half of the 90s then we all joined other bands that were touring and making records. After those bands faded, we found our way back to each other and formed Mos Generator in the fall of 2000. We are certainly musical brothers and because all of the music we have made, crap we have been through and time we have spent together we might as well be blood brothers too.

PH -Last I heard Mos Generator was planning to head over to Europe to tour around their Freak Valley Festival appearance.  Is there anything to report on that front?

Right now the details are being worked out. We will probably do May 15th - 30th through Europe. No UK gigs on this tour.

PH - And just to continue along tour lines, is there anything developing stateside?

We have limited time to be able to tour so we generally stay pretty regional in the states and then use what touring time we have to go overseas.

SL - 2013 was a great year for Mos Generator. Though I seen you live in action with Mos Generator supporting Saint Vitus on their European Tour. That tour was a great success for the band. Some people said you were better than Vitus themselves. Were you surprised the reaction you got you played on tour as you received a load of rave reviews including from myself as well?

It was an honor to be able to tour with Vitus and it was so good to play for a larger audience than we would be if we were out on our own. We definitely had a challenge every night but I feel like we would usually win the crowd after a few songs (and a few shots of jäger). It was a challenge we were happy to accept.

Part 2 of the tag team interview continues on The Sludgelord blog right here.
Posted by LK Ultra at 17:36