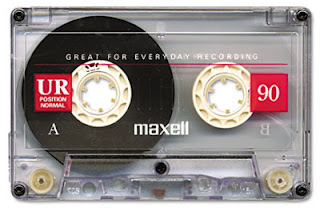 1). -(16)- - The Absolute Center of a Pitch Black Heart - Relapse Records revealed this week that legendary Los Angeles sludge band 16 will return with a new LP, titled 'Lifespan of a Moth' on July 15. Along with the news came the bandcamp link above featuring the first single. It's an osbtacle course full of fast-moving curve balls. A great song that shows the deft hand of a veteran band at work and an excellent start to any mixtape.

2). MOS GENERATOR - Wicked Willow - Another legendary west coast band, Washington's resident bullshit-less throwback rockers Mos Generator also have a new album in the pipeline called 'Abyssinia' set to invade homes on August 5. The first single, "Wicked Willow" is streaming on Decibel and it's more than worthy of inclusion on any mixtape. The build-ups and (slightly) subdued payoffs here are masterful.

3). CHURCH OF MISERY - Make Them Die Slowly (John George Haigh) - Japan's favorite heavy sons, Church of Misery's latest album, 'And Then There Were None...' has been out since early March, but this song is still reducing my mind to sludge. Great riff from the "Iron Man" like intro, to the awesome chorus, this one's got it all.

"I'll hang you high and drain your blood


Sip on the nectar while your bones reduce to sludge
Submerge your carcass in the drum
Sulfuric acid bath, without a trace you're gone"

4). MERCHANT - Black Vein - I hadn't heard Australia's Merchant until fairly recently. I'm not sure what I was expecting, but it wasn't this. My feeble mind couldn't have imagined a band so expertly walk the line between extreme metal and what you might consider to be traditional sludge in the Crowbar, Eyehategod vein. "Black Vein" is a real standout track on their new album 'Suzerain' and at 9 minutes, it's one of the shorter ones.

5). BLACK SHAPE OF NEXUS - Sand Mountain - Germany's resident drone/sludge masters Black Shape of Nexus (B-SON)'s new album 'Carrier' was an adrenaline shot to the heart of a band that's been shaping minimalist sonic worlds for a decade and "Sand Mountain" is the standout track, a nervous breakdown of a song with a paranoia-inducing riff. This is the flashpoint where the drive to move minds with droning sounds and minimalist structures and the drive to move bodies with great riffs and punchy rhythms comes together.

6). BLIZARO - Frozen Awakening - Blizaro is my favorite band and they're still the best kept secret in the world of underground heavy. Their second official full-length 'Cornucopia Della Morte' was recorded years ago but got lost in haze of delays and label changes. When their new, self-titled record comes out (hopefully sometime this late spring / early summer) you'll hear how the band has changed their focus so this album is a weird artifact of a weird band. "Frozen Awakening" is arguably the best song on the album, one that finds that perfect marriage between Goblin-esque Italian horror music and Paul Chain-like Italian proto-doom riffs.

7). BLOOD CEREMONY - Lord of Misrule - The title track to Blood Ceremony's fourth album has that signature band sound with a sprinkling of 60's flower power petals. An upstrokey riff and flute combine with a powerful chorus to keep that Wicker Man vibe from their last album going strong. It's a scene of drunken revelry, fated to end in a sobering way.

8). VOKONIS - Olde One - I have to remind myself that Vokonis is a Swedish, not an Italian band. They have that sound. The ostensible title track from Vokonis' first album, 'Olde One Ascending' is doing just that at the Paranoid compound. It's one of those songs where when you're still learning it and it comes up on a playlist, you have to pull your device from your pocket and check who does it and make a mental note. It's the melodic riff that floats over the heavy bassline that does the trick.

9). DOPETHRONE - Host - Dopethrone and Fister put out a FREE split single on bandcamp last week. Dopethrone's side is like a pipe bomb filled with spinning sawblades. Just a killer tune with a great riff and that buzzy tone the band is known and celebrated for. It made for a nice surprise and a solid ramp for the big finish to our mixtape.

10). HEAD OF THE DEMON - Sathanas Trismegistos - Head of the Demon is another of my top 5 favorite bands. Their second album just escaped into our dimension, this is the title track. Sometimes I think they're playing black metal at quarter or even eighth speed, this is one of those times and it's a perfect example of what about this band just clicks for me. A good way to end a mixtape, by throwing you into the abyss.