I don't remember where or when I heard about these guys but I know I'd had May 10 circled on the calendar for weeks, for that was the day that the Magister Templi took the altar with their full-length debut.  I've said it before and I'll say it some more, I love me some old school style metal.  Where machine gun guitars hack and slash through all bullshit, galloping rhythms stalk listeners on darkened streets, muted cymbals and anthemic singalong choruses finally capture them in their frenzy.  That's what it's all about.  You can almost feel the denim draped over your shoulders, the fingerless gloves raising a fist, head thrown back, mullets flowing in the breeze of sheer amplitude.  And that's just the opening tune, "Master of the Temple."

It's no wonder that 'Lucifer Leviathan Logos' is such an accomplished debut.  They've been around for roughly five years now, having up to this point released a total of six songs spanning a demo and an EP.

"Lucifer" may be Magister Templi's oldest song, as an older version appears on their two-song demo, which is fitting because it treats the listener to some melodic vocals that remind me somewhat of the underground heavy prog/psych bands that were coming out of England in the late sixties, bands like Vandergraaf Generator, East of Eden and Second Hand.  It forms a trio of songs, along with "Leviathan" and "Logos" that not only form the album title but that cut through the album evenly (each of the even numbered songs) forming the overall "master's thesis" of Magister Templi, summarizing everything, all the ideas they are attempting to get across on this album. 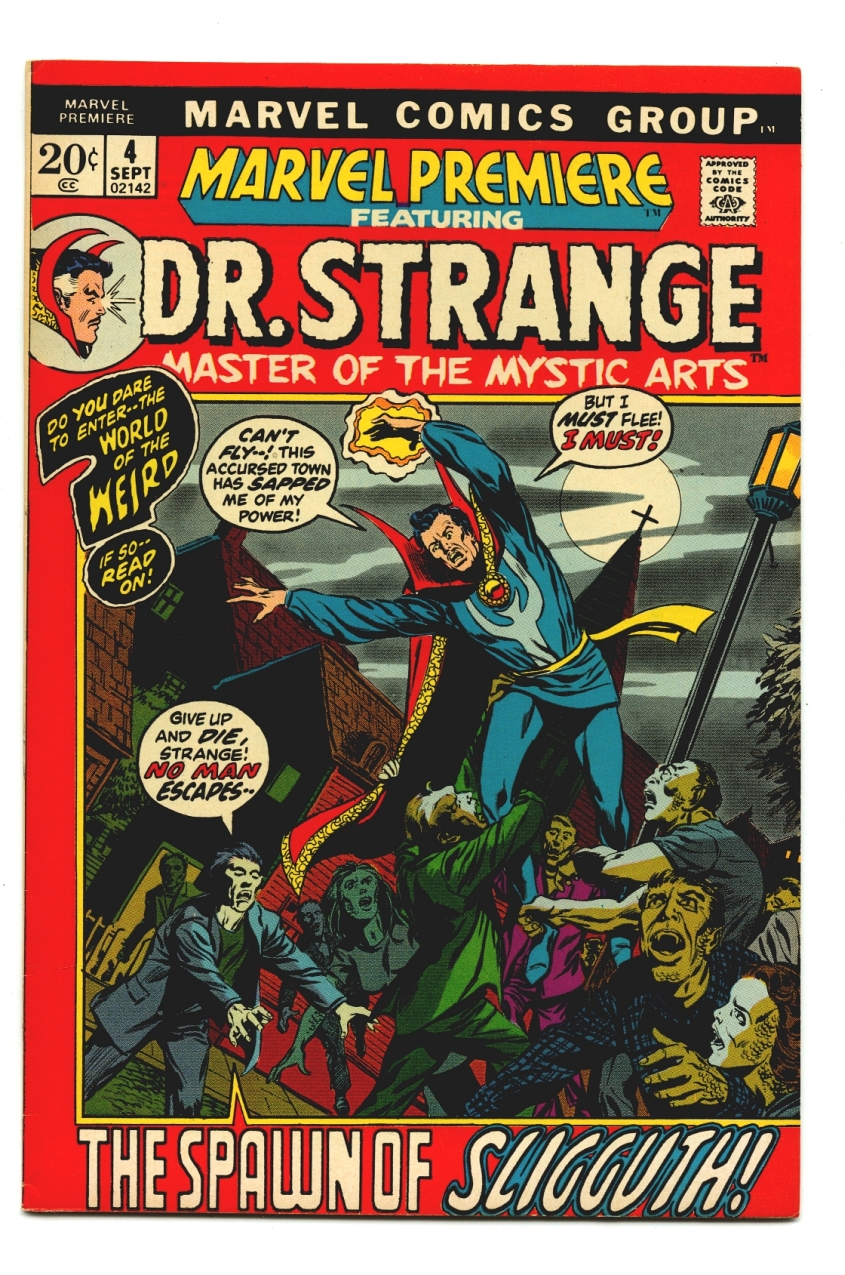 "The Innsmouth Look" is, quite obviously, a Lovecraftian Mythos song (side note: it's funny because I only just read Marvel Premiere #s 4, 5 & 6 featuring Dr. Strange, which dealt with this subject exactly.  Side note to the side note: these three issues were written by comics Hall of Famer Gardner F. Fox, one of the very first fiction writers to recognize Lovecraft's genius and pick up on what he was doing, including expanding on his beloved Mythos).  It's one of the most unabashedly and appropriately doom-y song on the album and builds slowly towards the driving metal that defines most of the rest of the album.  The previously mentioned "Leviathan" builds dynamically on the foundation laid by this song as well, slabbing layer upon layer of doom then metal and so on, which makes this such a well-crafted and atmospherically rich album.

Vocalist Abraxas d'Ruckus delivers a full performance, seemingly challenging and pushing himself on every song, either by crafting a memorable melody or shifting into an unnatural falsetto.  Earnestly spoken incantations add the spice of danger and authenticity to the largely occultic lyrical content.  It's this predilection for spoken word passages then pushing the vocal performance just past that of d'Ruckus' natural ability that lends this album a Doors-like finish, it's smooth going in, then foams up while passing through the throat.

Through it all, though it may be a little rough around the edges in places, even someone who has lost their hearing can simply feel the raw power of this album pulsing through their feet and up their spines to infect the brain like the fungi from Yuggoth.

A lot of old school metal type bands go with one sound and one tempo and one goal in mind on every song and that certainly has its place and makes for an enjoyable ride.  Magister Templi however, aren't afraid to experiment with many shades to their palette while still retaining an overall feel to the album all the same.  Look no further than album closer "Vitriol" for evidence of this.  "Master of the Temple" doesn't sound like "Lucifer", which doesn't sound like "The Innsmouth Look" and so on.  While a lesser band might have taken  each of these songs and crafted seven whole albums around them with six to ten songs that all sound roughly the same, Magister Templi has produced a varied listening experience while still signing their work with a signature sound.  It's a rare trait these days and rarer still to be pulled off so successfully.

Highlights include: "Master of the Temple" and "Lucifer"

Reminds me of: Arkham Witch, Natur

This is Not a Scene interview
Nocturnal Cult interview