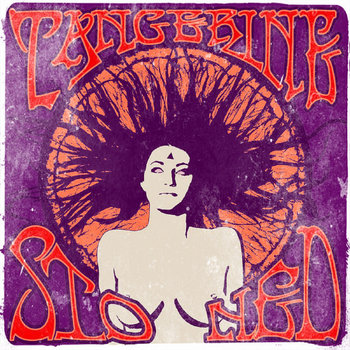 Take it from one who spent five years of his life listening to virtually nothing but 60s / early 70s psychedelic / prog music, Tangerine Stoned is the genuine article.  You could swear this is some long-lost album from the decade of flowers in gun-barrels and turtle vans.  Check it out on the player below after reading this short ...

"Tangerine Stoned formed in Summer 2011 by guitar player Alex Key and vocalist Chris Jei.  Their intention was to re-create the sounds of 60s psychedelic bands like Pink Floyd, Doors, Cream, Seeds, Jimi Hendrix Experience.  They recruited Daniel on bass guitar, Verner on keys and Checcho on the drums.

"They immediately started to write original material inspired by the acid sound of the aforementioned bands.  In late 2012 they signed a deal with Moonlight Records and started to record their debut album the self-titled 'Tangerine Stoned'.  The album was released in May 2013.  The band is currently gigging throughout Italy, and it's getting ready for a European tour in the Fall."

And if all that isn't enough to convince you, catch the band's full 40 minute live performance on the clip below:

Tangerine Stoned on facebook
Posted by LK Ultra at 08:18