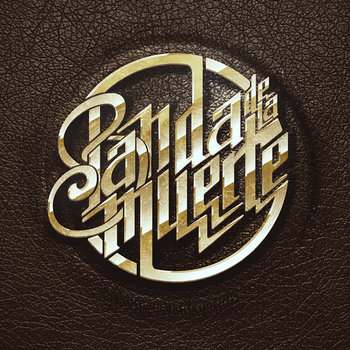 Banda de la Muerte, maybe the best band out of Argentina, are back with their brand new six-song covers EP, appropriately titled, 'Seis Canciones' (Six Songs).  More to the point, this is a collection of six covers of underground Argentinian rock songs from the seventies and unless you, dear reader, were born, raised and steeped in the Argentinian rock n roll scene there's a good chance that these old songs aren't so dusty as they would seem and are at least as new to you as they are to me.  It's a good place to build upon the momentum of last year's 'Pulso de una mente maldita', which garnered a lot of (well-deserved) attention, while earning some respect among the ignorant for their nation's musical forebears.  As of this moment they are right in the middle of a European tour which has seen the band go from Germany to Belgium to The Nertherlands, Fance and Spain.  The tour will be capped by the band's appearance at the Freak Valley Festival in Germany at the end of this month.

Banda de la Muerte are a stoner band with a palpable punk influence.  They like to play fast, heavy, lean and mean, but what of the band's other influences?  Before we begin, let's track down and source the original songs in order (with links), shall we?

Well, that truly was fun and informative.  Great music all around.  And after following the links on the song names and hearing the originals, you begin to understand that Banda de la Muerte have made themselves the inheritors of a fine and proud tradition, and you begin to realize how daunting a task interpreting these 'Seis Canciones' really is.

As for seventies atmosphere, Banda de la Muerte doesn't even attempt to go there, choosing instead to update these terrific songs with some modern production and techniques.  To take a handful of prog rock obscurities and metallize, let alone modernize them in such a way is no easy feat, but the Argentinian upstarts do just that with great success and they must be payed with the ultimate respect and recognition for this feat: they make the songs their own.

For the most part this EP is uptempo, doubling the BPMs and halving the runtimes while rasping with attitude through the vocal melodies of the originals, these guys aren't intimidated by the task at hand and aren't so reverent of the source material that they don't take chances.  Of the six tracks, the finale "Reunidos en el Cuarto" sounds the most faithful to the original, in fact, if one didn't know this was a covers album, they might be a little shocked by the sound of this song.  This is to their credit.

In all, they haven't fumbled the ball here, recording a collection of tracks that the original musicians would be proud of.  Banda de la Muerte have done this by breathing new life into these songs and revealing these compositions for what they really are: living, breathing, vital and infinite.  Just because a song is old doesn't mean it's dead.  It's the next generation that filters it through their own eyes, ears and experiences, re-interpreting it in a way that only they can.  The music lives on and the songs remain 'new' for all time, not only to the uninitiated but also due to the efforts of those who would take up the mantle and make it their own.

Imagine going back to ancient Rome and hearing a familiar melody wafting through the air outside of the Colosseum.  Musically, the melody would most likely be surrounded and accompanied by unfamiliar sounds and rhythms.  It would almost be recognizable, except for that one obvious melody.  This is the way in which music can be infinite.  Music is malleable and Banda de la Muerte have taken some of their own beloved songs and fashioned them into something new again.  One can only imagine what a covers album of this covers album would sound like 40 years from now.  For it to be a real tribute, these future musicians would have to tailor the songs to suit their own experiences.  That would be the ultimate tribute.

Suggested listening activity for fellow non-stoners: Folding the bathroom mirrors inwardly to get that sense of the infinite.

**Special thanks to Vania at LSW Promotions.
Posted by LK Ultra at 21:01