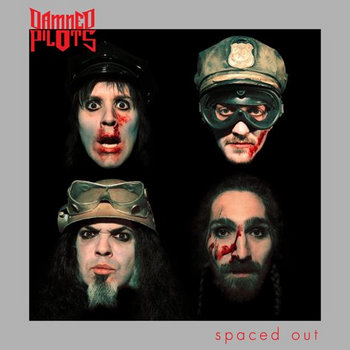 Today's fair warning comes in the form of this pair of albums from upstart record label Radioactive Records, emanating from Italy.  Damned Pilots are also from Italy and they've got a hard rockin' post-nuclear glam thing going for them.  Of course, that's not all they've got going for them, they've got a pretty deep bag of tricks.  Some heavy funk groove and dreamy psychedelia in the mold of late-sixties The Who which has been known to take off and fly the unfriendly metallic skies.  These Damned Pilots have also been known to navigate the smoggy, sludgy atmospheres as well.  Be sure to give them a listen on the player below and visit them on facebook, right here.

"The DAMNED PILOTS are a Super-Rock band.  Their sound has been tagged as "nuclear rock " by listeners and fans, as it embodies a wide spectrum of different influences.  "DAMNED PILOTS" is a concept band.  The idea is to bring music and visual together,defining the environment of a rock-doom cartoon like "science-fiction" scenario, featuring cartoon like spaceships battles, lost bars on distant planets and a whole set of weird characters.


The DAMNED PILOTS are 4 mature performers,who were already active in the underground rock scene for years before joining the band.  Since its early start,the band has been self producing demos over demos,
in order to get their sound ready.

DAMNED PILOTS first production is the "Spaced Out" EP, featuring 6 tracks; 4 original songs and 2 covers ("Sleeping in the fire)" by W.A.S.P. and "Believe me now" by Electric Light Orchestra).  The band started performing live in Holland, Italy and Slovenia, nailing several different sold out shows, to promote their new record and their songs.  Right after the "Spaced Out" recording session, the DAMNED PILOTS flew up to Amsterdam/Holland to work with producer Ron Goudie (Stryper,Gwar,Social distortion , Death angel.Fear,Poison).  Together They recorded the pre-production of the "Overgalaxy" cd ,a 10 tracks full-length album, wich is meant to be re-recorded into full production in the next few months.

On the sci-fi "Band from space" level,the DAMNED PILOTS are currently working with Portuguese visual and comics author, Quico de Nogueira, who is producing a whole comic book "DAMNED PILOTS" adventure book (wich we plan to distribute together with the physical copies of the record, as well as brought the internet).


And when you're done that be damned sure you check out... 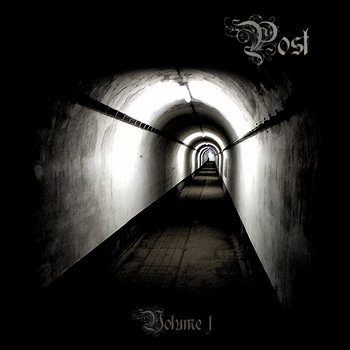 Post is a really cool band too.  Hailing form the Netherlands, they are a power trio consisting of Sven (guitar / vocals), Jeremy (bass) and Mike (drums).  Their sound is planted in the solid soil of stoner fuzz which can at times uproot itself and take off, making a punkish turn for the worse.  Fuzz guitar anchors this album, holding down the fort, while the prominent rhythm section flies off the handle and provides the songs with muscle and momentum.  One more time, don't take my word for it, feast your aural orifices on the player below and after giving this fast-paced album out for a spin, go ahead and visit them on facebook, you can find their band profile page right here.


Follow the links on the players above to the Radioactive Records bandcamp page, there you can download the albums, it's up to you what you do with them after that ...
Posted by LK Ultra at 08:27