New Recording Contracts for Valley of the Sun & Alunah (News)

The first time I heard Valley of the Sun's 'The Sayings of the Seers' I had one thought:  why aren't these guys signed?  The Cincinnati, Ohio stoner trio would easily fit onto the roster of any of the leading stoner labels or rock labels in the world today.  They were definitely high on my imaginary short list of bands to sign when I start up a record label of my own.  Well, now I wouldn't have to in such an imaginary scenario.  Alunah's star has been rising steadily over the course of the past year.  It seemed like only a matter of time before the Birmingham, England area quartet sealed the big deal and any success they see is well-deserved for this hard-working, excellent band.  Congratulations to both Valley of the Sun and Alunah!  I've been rooting for both of you!! - LK

I would now like to share with you the official press releases of the two signings (Thanks to Platinum PR for sending the news). 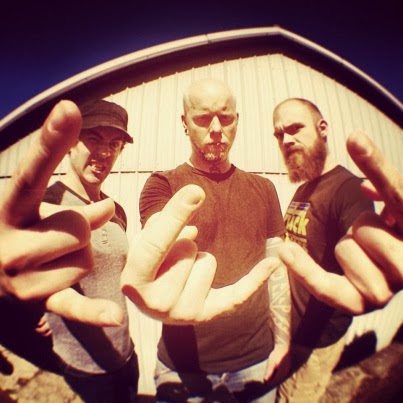 US Power Stoner Rock band VALLEY OF THE SUN just announced that they have signed with Truckfighters' label Fuzzorama Records,who will be releasing the band's upcoming album "Electric Talons of the Thunderhawk" on March 28th in Europe & March 31st 2014 for the UK!
To celebrate the release of their new album live, Valley Of The Sun will be also finally hitting the road next year for some long-awaited European shows alongside with TRUCKFIGHTERS and WHITE MILES!
Check out all tour dates below & mark your calendar for the release of the new album by Valley Of The Sun - "Electric Talons of the Thunderhawk" - set to hit the European stores March 28th & in the UK on March 31st 2014 via Fuzzorama Records - but rumors saidyou will be able to pick up an early copy at all upcoming live shows!

TRUCKFIGHTERS, VALLEY OF THE SUN & WHITE MILES live in Europe:


Birmingham based psych doom band Alunah are proud to announce that they have signed a worldwide album deal with Napalm Records!
Alunah worked with them previously on a limited vinyl release of the band's last record "White Hoarhound", and after demo-ing some new tracks entered talks with Napalm Records regarding a full worldwide recording and publishing contract. 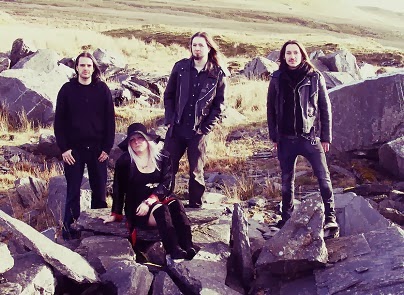 Napalm Records will release a limited edition digi-pack and gatefold LP; and Michael Cowell will illustrate the full packaging.

"Alunah are incredibly happy to have signed a worldwide album deal with the world renowned label Napalm Records. We already have a strong working relationship from when they released a vinyl version of our second album "White Hoarhound", and we are proud to have been asked to join the Napalm family on a more long-term basis. We have a hard working ethic, are constantly evolving and appreciate everything given to us. We are joining a roster which boasts some of the best bands in the industry, and we're confident that this new phase in our relationship is a mutually beneficial one." -  Vocalist & guitarist Sophie Day


Alunah will be working once again with Sound of Liberation regarding the band's 2014 European tour, and will be embarking on a UK tour in May/June.

Email ThisBlogThis!Share to TwitterShare to FacebookShare to Pinterest
Labels: Alunah, Fuzzorama Records, Napalm Records, News, Others, Valley of the Sun