Atropa belladonna or Atropa bella-donna, commonly known as Belladonna or Deadly Nightshade, is a perennial herbaceous plant in the familySolanaceae, native to Europe, North Africa, and Western Asia. The foliage and berries are extremely toxic, containing tropane alkaloids. These toxins include scopolamine and hyoscyamine which cause a bizarre delirium and hallucinations.

Such is the direction German trio Aleph Null has taken with their latest release, 'Balladonna', their second EP in just under a full year.  A quick word of warning, Aleph Null's latest contains and emits scopolamine and hyoscyamine upon listening.  This is clear in the head-swimmingly whiplash-like-effect on the breakdowns and is apparent in the video for "Belladonna Wreath".  But this isn't your hippie grandpappy's trip, this trip is potentially deadly to your health.

Walls melt and carpets swirl on "Belladonna Wreath", rhythms bounce and amphibious guitars breathe lysergic acid leading directly into "Mars Father".  There's been a slight, ever so subtle attitude adjustment in the Aleph Null camp.  The music has become decidedly more hallucinogenic in form and structure and in tone this second time around.  Take the ending of "Mars Father" for example.  The crushing heavy guitar tone of the Dale EP remains intact but there is a pronounced trip factor here that was not emphasized on their previous effort.  Feedback drones atop a thick and evilly deep bass groove before the rest of the band return for a slow jam.  Mournful and distorted vocals paint a picture of eternal despair.  Then, the band slows things down another notch and the listener gets motion sickness just lying there watching the ceiling breathe.

If there is a thematic overtone to 'Belladonna' it's tripping.  Cosmic tripping.  Like the best Jim Starlin comics it's an exploration of inner space in outer space.  This feeling is exemplified by the instrumental, bridging track "Gagarin", which is an acoustic guitar / synth contemplation.  The famous Russian cosmonaut becomes a symbol for the adventurous spirit willing to explore both worlds.

"Solar Sail" closes out the affair on a seven minute headtrip which I imagine is about the death of the inner life among the masses brought on by worldliness and materialism.  Culturally dead landscapes and office towers like monuments to mankind's lost inner life pass below a fleet of starships navigated by "higher beings" (higher beings sure, but not aliens).  Thankfully the band reproduces their lyrics on their bandcamp page because Philip is one of the more bespoke lyricists in the world today, whose vocabulary will often have the listener reaching for the dictionary.  They're the only band I've ever heard to use the words "patina", "paroxysm" and "megalophobia" in a single song.  Particularly evocative is this section from "Solar Sail": 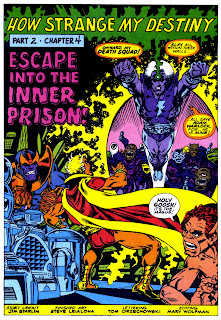 no, we won’t land here
set foot on your “hallowed ground“
for with your fear–withered hands
you choke the oneiric voice to death


solar sail
cosmic freight
we pass you by
towards brighter suns


...where eyes upon the ground we sail unseen...

Aleph Null aren't content to build worlds but instead set their sights on crafting whole cosmoses.  From the bumpy rapids of opener "Belladonna Wreath" to the slow currents of "Solar Sail", Aleph Null set a course for the seat of human consciousness with lysergic torpedoes locked on target, poisoning brain-washed minds with underwater heaviness.

This is one of the most distinctive bands in the underworld of heavy, today.  Dark, ego-destroying psychedelia with bludgeoning power, 'Belladonna' will make hay with fans of sludge, doom, stoner and psychedelic music alike.  The best part of this whole thing is that it's available as a FREE DOWNLOAD on Bandcamp.  Just click the 'Download' link on the player below and go to town.  While you're at it, you might as well grab their excellent 'Dale EP', which is also available for free so if you haven't yet done, meet your new favorite band.

Reminds me of: Jim Starlin