Spirits of the Dead - Rumours of a Presence (album review) 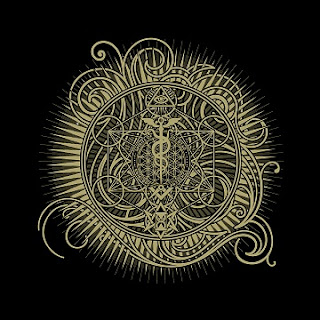 Norway's been on fire in the doom / stoner underground this year.  From Devil to High Priest of Saturn to Dunbarrow to Magister Templi to Brutus and now Spirits of the Dead, the quality of the Norse underground is as high as it is diverse (just look at this sampling!).  This should come as no surprise though.  The Western tradition of a Hellish underworld derives largely from Greek myths set in a place called Hades and Norse tradition of Hel, land of the dead.  It's from this world that we travel, along with four certain spirits, to the balmier climes of the land of Miðgarðr and this Norwegian quartet's latest album 'Rumours of a Presence'.  According to my intel, this is the band's third album, which 'sounds' about right due to the comfort level and commanding presence the band appears to wield on record (and it's not just a rumour).  Then again, this is my first exposure to the band which came about after a rather vociferous campaign of recommendations from a certain Fast n Bulbous reviewer, it finally came time to say "alright, alright already!  I'll check it out!"  So here we are.

First off, this is Rock with a classic feel but an updated sound, similar perhaps to everything else but unlike anything you've heard.  Spirits of the Dead are breaking molds, seeming to have hit upon a winning formula that separates them from the pack of Scandanavian Retro Rockers.  It's amazing, the more of these throw-back kind of bands I discover from Northern Europe, the more I'm amazed that they not only don't all sound alike, but they are all actually extremely unique and bring their own little something to the party.

For Spirits of the Dead, that little something is the ghost of the early Prog groups from the late sixties.  Bands like Barclay James Harvest, Motherlight, Vandergraaf Generator and Caravan are referenced here not so much in sound but in tone and mood.  It should be noted here that Spirits of the Dead's music wallows in darkness.  Moody nearly to a fault, the band is never afraid to drop the hammer down on moonlit instrumental segments while the drummer phases in and out of the listener's consciousness lightly tapping his drums and sinking into the shadows of the background.  In and around the dark moodiness are heavy passages that seem almost chaotic in comparison, despite their highly ordered (syncopated) composition.  It's like watching a pack of prey animals trying to sneak away from a pack of big cats under the moonlit grass of the Savannah.  They never quite make it off the plain alive, but all we see in the chaos are the grass blades whipping by this way and that, while a lot of furious activity takes place, obscured and out of focus.  This band has the ability to devastate a listener, leave them agape, let them think about it for awhile, then when they're about to recover to shake the shit out of them all over again. 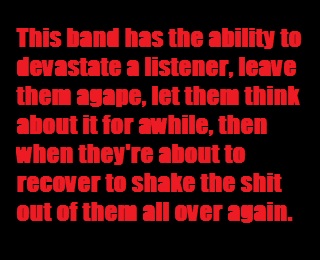 "Rumours of New Presence" brings home that early album proggy feeling with a lighter or, should we say a more wistful touch.  Nearly Pink Floydian in feel, but never quite going down that route in terms of sound, it's a mood that largely takes over the second side of the album, lending an altogether folkier edge to the affair.  In fact, with the exception of "Red Death" there's hardly a heavy moment on Side B, although that song's undeniable crunchiness more than makes up for it.

It's an interesting and unexpected running order.  The opening trio of songs leads one to believe that this is an album with a one track mind, and that mind is set on rocking.  But when the record is flipped over, you realize that 'Rumours of a Presence' is actually two albums with one track minds, the second side set on folking around in a psychedelic manner.  On the balance, it's a good record and both sides deliver the high quality goods.  It's this touch of bipolar madness which makes it the perfect addition to the Paranoid library.

Highlights include: "Wheels of the World" and "Rumours of New Presence"