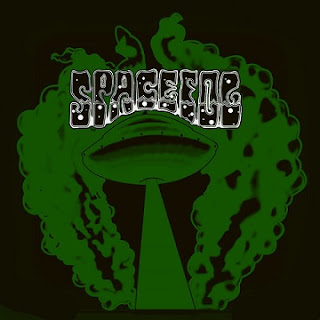 Bouncing off the bloody walls with fuzz and spaced out / smoked out vibes, one might call Spacefog's style of music UFuzzO Rock.  Flying Saucer Space Fuzz Rock to abduct the listener and fly them off to parts unknown.  Thick fuzz mixed with solid proto-metal aggregate creates a sturdy foundation of stoner rock to stir even the most discriminating fan of the genre.

Buzzsaw fuzz rings out like bright lights outside the bedroom window while trying to sleep.  The listeners find themselves floating out the bedroom window and into Spacefog's interstellar ship.  Once inside the four beings who pilot the craft perform depraved and arcane rituals on the listeners including immersing each captive listener in a 'hot box' in which to induce intoxication and feeding the listeners an hallucinogenic fungous.  This is what Spacefog does, this is their mission.  This is true of the entire journey but especially so during the whacked-out solo on "Lady of Evil".

The doomier side of the band is showcased front and center in the title track "Purple Void".  The band acquit themselves quite well on this track, it would not sound out of place on any Vitus album.  Indeed it would probably be one of the standout tracks, but then, that's just it.  All five of these songs are standouts.  "MrWeasly" finds the band dipping their fuzz toes into the hot waters of post-Leaf Hound retro rock with a funky riff and pausey rhythms to make one strut.

I don't think these guys are out to break any molds and their straight-forward stoner doom / fuzz rock approach is refreshingly honest.  Rickard I's vocals are versed in the Garcia school of smoke-toned shouting and suit the fuzz tone like lock and key, his guitar has grazed and gotten fat on the pastures of fuzz legends such as Chandler and Homme, leaving crop circles in its wake (so that's how it's done!). 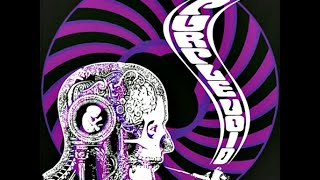 Spacefog's music is positively radioactive with thorny fuzz and blows smoke rings around any hazmat-suited clean-up crews.  This music is best listened to lying down on a dirty field, the dustier the better to just wallow in and get caked in the pure filth of it all.  Cleanliness has no place here.

And it was said that after the UFuzzO had landed and returned their captive listeners, the city's night skyline was never the same.  Each and every one of them could henceforth be found on scattered rooftops throughout the city, all wishing to be taken again for another fuzzy ride.

Hop in and go for a fuzzy ride by downloading 'Purple Void' for free on the player below!  Cassette tapes will also be available soon ... (updated March 21, '13)

Highlights include: "MrWeasly" and "Purple Void"

Rickard I. - Guitar & Vocals
Berg - Bass
Pelle - Drums
Rickard H. - Guitar (not on this recording, he has since joined the band)

Suggested listening activity for fellow non-stoners: The UFuzzO approached the city like a silver balloon over the mountains.  Below were the worshippers of the new gods begging to be taken on a beam of intense light.

Special thanks to Mr. Stoner Believer for introducing me to Spacefog.
Posted by LK Ultra at 18:14