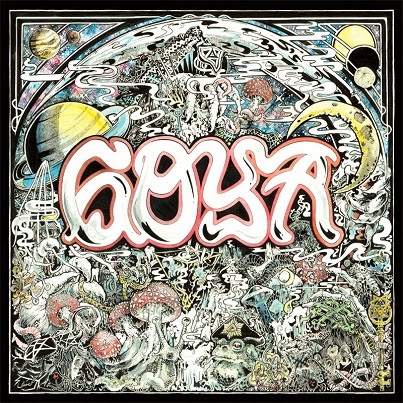 ETERNAL CHAMPION – “War at the Edge of the End”
Eternal Champion are a new band from the home of the greatest comedian of all-time Bill Hicks, Austin, Texas.  They've released two songs on bandcamp since their inception in December of 2012, the second [b-side] of which, "War at the Edge of the End" debuted on last week's Most Paranoid Songs list and currently holds up the back end of the Top 10 here [see link at #10 listing].  The song, along with its corresponding a-side "The Last King of Pictdom" was released on 7" vinyl and cassette in the first half of 2013 but didn't come across my radar screen until the year was nearly over.

They are a five piece band, double-fisting guitars, playing epic heavy metal in the classic vein saturated in fantasy influences.  The heavy metal warriors in the band also spend time in Power Trip and Iron Age so this isn't some group of greenhorns bounding aimlessly on a journey of discovery.  Eternal Champion's steel is keen-edged, these veterans are ready for Ragnarok and their seat in Valhalla.  The band has a third song up on youtube from their performance at Chaos In Tejas called "Invoker" [watch it here], and from the video you can see what the band is all about: namely tempests of flying hair, musky / muscular riffs, sorcerous songwriting and of course, power vocals.

With no hype machine reminding you to check out their bandcamp page or their next show assaulting you from fifty directions every day, a band like this must stand or fall on the strength of the music alone.  Well Eternal Champion stand tall, true to their name, like the eye of Sauron from the craggy peaks of Mordor.
Posted by LK Ultra at 19:11