I had originally intended for this to be a single, ten EP reviews post as was the first EP Epidemic from a month ago.  Well, as I got going I found I couldn't stop blabbing about these releases so for the sake of relative brevity I decided to split it in half.  Part III will be ready next week. 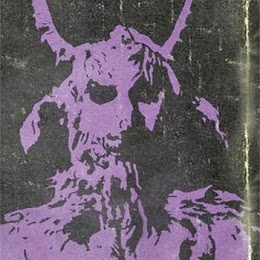 ALUCARDA - D.F.F.L. (4 songs / 21:00) - Not much is known about the band Alucarda.  I'm not even sure what D.F.F.L. stands for.  One can only assume the band takes their name from the Mexican occult horror film, which is full of demonic possession and full frontal nudity.  Their bandcamp page states that they are from Copenhagen and that they play doom fuzz punk rock.  Well that's about as accurate as it gets: demonically possessed, full frontal doom punk & roll.  The band splits their time on this 4 song EP sprinting through uptempo numbers like a wet dog shaking the sleaze off and getting it all over everybody and casting demonic spells of doom to possess listeners with evil sounding riffs.  However, the split is not even.  The majority of the EP is dedicated (consecrated?) to the punkier side of things, especially on the first two tracks, "Electric Tower" and "Nosferatu's Doom".  "Wicked Sabbath" is the most evil sounding of them all, a dark and doomy instrumental.  The vocalist sounds like he could be the guy from Witches of God's brother, or even the man himself.  Right now, this thing is available as an absolute, no questions asked free download on bandcamp, click the link on the player below to grab yourself a copy!
From: Copenhagen, Denmark.  Best Song: "Wicked Sabbath".  Rating: 3.5/5


ARKHAM WITCH - Hammerstorm (4 songs / 26:14) - For those out there who aren't familiar with this Keighley, UK quartet, Arkham Witch turns back the clock to a time when heavy metal was just heavy metal, before it got splintered off in a dozen specialized directions via subgenrification.  A time when muscular riffs and huge drums were all that mattered, not what exact tempo they were played at or if there were keyboards involved or not.  This is pure metal from the air guitar age and I love it.  'Hammerstorm', the band's latest starts off with the title track, a 12 minute paean to Marvel Comics's very own god of thunder, the mighty Thor.  What's not to love here?  It's a slight departure from the typically full throttle Arkham Witch attack as most of the song's 12 minutes plod along at storm-building pace.  The dam doesn't burst full force until the second track, "For Metal", an anthemic chest beater which fits more easily into the band's discography.  "Metal Queen" is a crotch-bulging love song about a "fist-bangin', head-slammin' woman of doom" with just the sleaziest riff this side of Judas Priest.

The first three tracks are available for download on Arkham Witch's bandcamp page which you can access by clicking the links on the player below, once there you can also order yourself a copy of the CD version of the E.P. which contains the bonus track "Thunder on the Tundra" which old school metal fans may recognize from the back catalogue of local (Vancouver) heavy metal legends, Thor!  'Hammerstorm' is a celebration of all things thundrous and metallic.  The whole package will cost you £4 for CD or digital download, so I'd opt for CD if I were you.  Matter of fact, I did.
From: Keightley, England.  Best Song: "For Metal".  Rating: 4/5

BLACK RAINBOWS - Holy Moon EP (6 songs / 38:39) - Black Rainbows's 'Holy Moon' E.P. is as long as most band's full length albums, but the length is a little deceiving.  Despite it's length, it really does feel like an E.P.  It's an exploratory affair that is more instrumental and experimental than the quick showcase a typical extended play is.  There's six tracks here but only two real Black Rainbows songs.  But when they get going, I mean really get going on their songs, Black Rainbows is still one of the most impressive and intense bands I've ever heard.  Complicated and funky rhythms mesh with filthy fuzz riffs to create a potent combo that almost needs to be heard to be believed.  The first of the more fleshed out songs, "Monster of the Highway", is a true monster indeed.  A huge Iommian descending riff during the chorus, fuzzed out to near intoxicating levels with some typically mindblowing drumming from resident skinsmaster general Alberto Croce all come together and it just may be better than sex.

But speaking of mindblowing, the instrumentals and "weird tracks" on this thing are not without their own unique purposes.  "Chakra Temple" in particular plunges the listener into some deeply meditative territory while still retaining a musical beauty and purpose without relying on droning structures or sensibilities.  There is a sense of motion to this song, a sense of rocking or swaying motion which seems to say that all is cyclical and to go with the flow.  "If I Was a Bird" is a Led Zeppelin style acoustic workout on which guitarist Gabriele Fiori does Jimmy Page proud.  Perhaps the most off the wall of all the songs here is 12 minute finale "Black to Comm" which quickly degenerates into a lengthy psychedelic freakout with some amazing bass work by new bassist Dario Iocca.  The song is an MC5 cover, but having either not heard or not remembered ever hearing it, I have no basis for comparison with the original at the moment.  Either way, Black Rainbows are in a strange and psychedelic mood which is established quite well on the opening title track, another strange one featuring sampled clips and atmospheres aplenty.

The second of the more fully realized songs is "The Hunter", which is a slow burning, chugging and churning hard rocker which the band actually shot a video for.  I showed it on a recent Hour of Power post, but if you didn't catch it then, well I got nothing left to say to you ... because don't take my word for how the song sounds, you can watch the video below right now.

As to where 'Holy Moon' can be spotted:  I got mine from the Heavy Psych Sounds website where you have a few options for format, either CD, vinyl or mp3.  I see that the label has its own bandcamp page, which I never knew about though I've been a fan of both the band and label for quite a while.  But I'm not quite sure what's going on with this release in particular.  It appears only "The Hunter" is available for download at the moment and the one track still wears the €7 price tag.  That's definitely not right and I'm sure that will be fixed in the near future.  For now, however, I'd stick with the Heavy Psych Sounds page.
From: Rome, Italy.  Best Song: "Monster of the Highway".  Rating: 4/5 BLUES PILLS - Devil Man (4 songs / 16:54) - Blues Pills are a young up and coming band who make their home in Sweden.  The band released a four song E.P. entitled 'Bliss' on Crusher Records last year, the title track to this, their second E.P. can be found on that first one.  By gigging and touring extensively the band has built up a sizable following which, with tours on the continent, the UK and Australia all booked solid until the beginning of December, should only grow.  The band is signed to Nuclear Blast Records and 'Devil Man' is their first release for the label.  This four song E.P. showcases the band's soulful and bluesy take of old school rock n roll.

The opening song, "Devil Man" puts the soulful vocals of Elin Larsson on display right up front as the track starts mid-wail and continues a capella for the better part of a minute.  The song then kicks into a filthy groove with undeniable swamp funk power.  "The River" and "Dig In" fall more into the soulful blues category and are less hard rock oriented, they are generally slower tracks but contain a power all their own.  'Devil Man' is a nice introduction as the band leaves a solid impression on the listener.  'Devil Man' sounds better than 'Bliss' hands down, you can appreciate how heavy the band is here.  This is the kind of music that is best heard through headphones to become fully immersed in the band's deep warm low end.  I got my copy of the E.P. from itunes, but you can also score a copy on limited 10" vinyl and CD digisleeve from the Nuclear Blast webshop right here.
From: Örebro, Sweden.  Best Song: "Devil Man".  Rating: 3.5/5 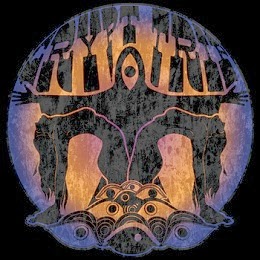 CRYPT TRIP - ST (5 songs / 16:24) - Dallas power trio Crypt Trip were once known as The South, who released an excellent six song E.P. last year which was in the mold of Black Keys inspired American south retro rock style a la The Heavy Eyes and The Dirty Streets.  One of the songs from that E.P., "Mrs. Absinthe" finds a slight re-working on the 'Crypt Trip E.P.', which makes it the third time the band has released the song in one form or another, it serves as a bridge of sorts between the two styles on display here.

Really, 'Crypt Trip' is a three song E.P. with a short intro and outro bumping it up to a five track outing.  The first proper song "Wraiths" is a straight doom rock number with an evil smelling Black Sabbath riff worthy of the original masters.  This is the first bit of evidence we have that the band has expanded their musical jurisdiction in conjunction with the name change.  It's not a sea change, but is a darker take on the band's psych inflected hard rock sound.  This song brings out the 'bangin' doom nerd in me which isn't something I would have expected from The South.  Second song "Phantasm" is much more familiar in tone with a strong Heavy Eyes feel during the verse.  But, like its predecessor, the emphasis here is on pure crippling heaviness and the riff during the chorus is just downright disgusting.  This is 'banger number two.  What a great song!  The previously mentioned "Mrs. Absinthe" started out life as much more of a bluesy classic rock number than the version that survives today.  This new version has more flow to it, the original being more pausey but also more organic so there's a bit of a give and take to it all.  The instrumental interlude in the middle of the track is also darker and more psychedelic than in the original.  In the end, "Mrs. Absinthe" provides the perfect example of the band's change in approach from The South to Crypt Trip.  The former was all about laying down some dirty rock n roll, while the latter is all about the downtuned heaviness.

This is a brilliant E.P. and for the moment it's still set on "pay-what-you-want" on bandcamp.  If you're into giant, heavy, downtuned riffs, you'd be a fool to pass it up.  Pick it up by clicking the links on the player below.
From: Dallas,Texas.  Best Song: "Wraiths".  Rating: 5/5