Quick note: This is an edited version of the review which appeared at #11 on the January 2016 Doom Chart. (Doom Charts on facebook) 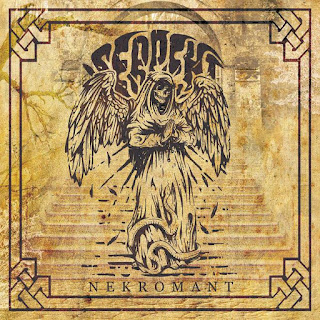 Can you believe this shit? If you took any one of these nine songs and threw it onto commercial rock radio it would blow up the #1 spot overnight. Now, I have a rough idea of how commercial radio works, it’s not a truly organic process, money pays for plays so if there’s no money backing a band you’re not going to hear them on the radio. I get that. But ever since ‘Songs for the Deaf’ came out I’ve been waiting for the big Stoner Rock take over of rock radio and it hasn’t happened. Could this simply be about bands like Fu Manchu and sHeavy not having enough money behind them to break out or have the money people given Stoner Rock the stone cold shoulder? Conspiracy is afoot, I say!

Why do some bands make it big and others don't?

Monster Truck has gotten their names out there as have The Rival Sons to a much lesser extent, but they’re only peripherally part of the stoner rock thing at best. I think the appeal of Rival Sons is their image. It’s cute to see colorful costumes prance around on stage like pirate-themed icecapades.

Heavy metal went wrong when it started taking its image too seriously instead of just existing. It takes about two minutes for affected vocals and face paint to become quaint no matter how tough or dangerous some of these guys try to be in their promo shots. Artifice and affectation are by definition not genuine and no matter how fickle the public seem, no matter how facile their tastes appear to be, people want “authentic” art, they crave genuine art.

The more metal bands tried to cross over the line of decency and step into dangerous territory the more ridiculous they looked. How can you take a band seriously that looks like Kiss after being stood up for a date and left on a street corner in the rain? For that reason it’s been impossible for the general public to take anything even remotely related to metal or even heavy guitars seriously for the past 15 years or so. The last time they gave it a chance it was Nu Metal. To the buying rock radio public it’s “fool me once face painters shame on you, fool me twice and I’ll never be able to explain those old photos to my future children”. So why would the money people take a chance on something like that?

If only they knew about Serpent!

Serpent doesn’t go in for that phoney-baloney crap, they just plug in and let ‘er rip. Here’s what they’ve got going for them: good vocals with no bullshit affectation, killer riffs and an unobnoxiously heavy sensibility. Not to overstate the importance of this band but they could … possibly … save rock and roll from the dustbin of history. We’re so fractured into our little subgroups within the rock and metal community that it’s like we’re all speaking different languages trying to continue to build and maintain this once shiny tower we call Rocking Out and having an awesome time. We could use a new Guns & Roses to unite the hard rockers, or at least get them out of the closet, even if it’s just as a gateway drug to some whole other thing. Serpent could be that band. Let’s be relevant again. Let’s be cool again, rockers. Hell, Serpent could save the world if only the cultural gatekeepers would let them.